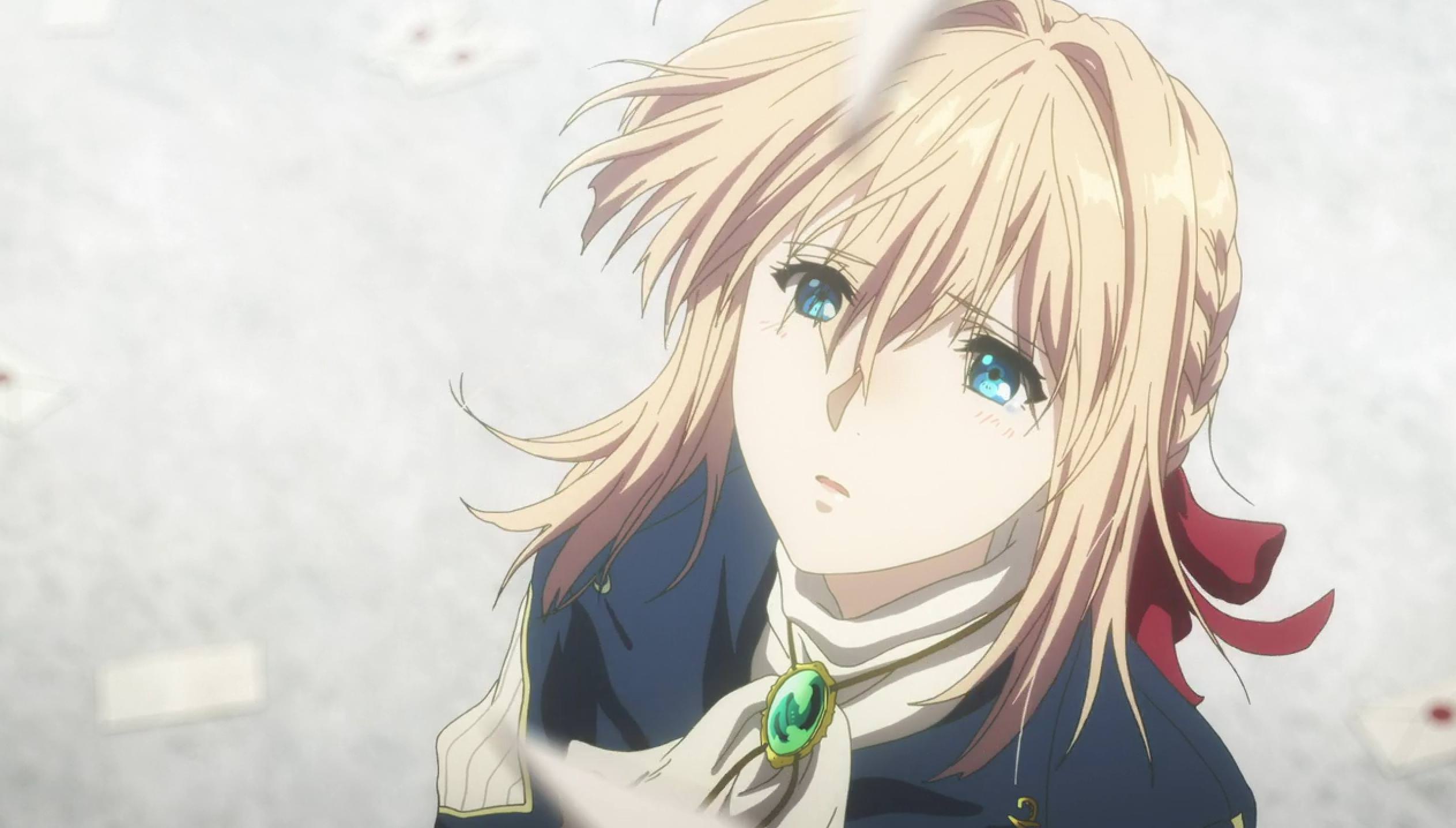 Hello and welcome to the last Adaptation Notes for Violet Evergarden. It’s been a bizarre journey documenting the adaptation differences and original content for this show; there were more downs than ups personally speaking, but I do hope reading this series is useful for anyone who wants to analyze Evergarden deeper.

So let’s get right to it.

In a bizarre twist, the show decides to end on an anime original note. The book ends a bit differently (more on that later) and the announcement for the new project seems to indicate this ending is supposed to be something like a sequel hook or bait.

I’m not really a fan of the two episodes though. It’s really hard for me to care about what’s happening.

This is not to say all anime original content are bad; this Adaptation Notes series has been quite friendly toward the anime original decisions found in the anime adaptation of Violet Evergarden. However, I just can’t put myself behind the last two episodes. It’s just boring.

The worst parts of the novels are about the war and the anime actually expanded on that. War depicted in these two episodes feels not only overtly simplistic and unrealistic but ridiculous. If you thought episode 11 was too Metal Gear Solid for you, episode 12 features even more ridiculous antics. She goes kungfu against the soldiers and leaps onto a railing on the bridge to disarm the bomb. The animation for that sequence is actually quite decent, but the context of it makes it unintentionally hilarious. I feel like Violet’s maid-like costume contributed to the hilarity of the scene. I don’t really know why it has to be here.

In fact, the last two episodes are just … unnecessary. For the many little moments in the episode that are genuinely great — the water droplet onto the violet is a beautiful sakuga moment — they are hidden behind layers and layers of cliche. The show’s direction after episode 10 is just boring…

I wish the show had ended it there.

That said, I do think the anime at least dodged that huge bullet. The show’s finale could have been much worse if they actually adapt more content. Episode 10/novel 1 chapter 2 was the peak of Evergarden and any more could be detrimental to the series. It’s better to end it on a boring anime original note note than offend people with its stupidity and insensitivity.

The chapter after episode 11/novel 1 chapter 4 involves Violet meeting up with a war criminal. He tries to go super edge on her and says really bizarre creepy shit, including his desire to rape her. This is the only chapter that isn’t adapted in the original CM because I imagine it was too bloody stupid for anyone to attempt to make sense of it.

Most of novel 2 are unadapted as well. Arguably, the final chapter has been somewhat adapted and everything else isn’t. I’m not sure why they didn’t adapt it — could it be for a new series, I don’t know yet — but they are really bad anyway. While the second volume does introduce the characters from the post office, the anime does a way better job anyway and their “chapters” are redundant as a result.

But more importantly, Gilbert is actually dead. You may be wondering why I’m saying this if you haven’t read the novels. Well, in episode 13, Gilbert’s mother says he is alive in our hearts. That means he’s dead. Really dead. We even see his grave in episode 9.

But in the novels, Gilbert is actually alive.

I’ll spare the details, but it made the books really cheap. I hated the novels after reading it. It made Violet’s struggle pointless because her whole struggle is learning to not follow orders and be human for the first time. It is a denial of her moving on and a cheap way to reconcile one of the only good plots.

There is no reason for him to live because his job as a character and mentor is done. The story is about Violet growing up and becoming an independent adult. She doesn’t need another father figure anymore. The staff in KyoAni understands that and that’s why the plot still has Gilbert dead. To have him alive is to cut corners. That’s why I think it’s probably the best decision the anime adaptation has done and I at least respect that attitude.

Whether people like Violet Evergarden or not, it’s a huge step for Japanese animation. It is probably going to be the most accessible anime to many people and I believe it may be the first time people are willing to see anime not as trashy fun but as artistic entertainment. There are many impressive moments in the production and people are becoming genuinely interested in the art of storytelling in animation.

Following the anime adaptation of Evergarden was a really interesting experience to me, even when I was deeply skeptical of the work from reading the novels. I don’t know if I actually liked the adaptation; I personally think it’s an average anime to be quite frank. However, it’s still a gamechanger for animation and I hope more people get interested in Japanese animation and other subcultures related to that thanks to it.

I like to thank the readers of this series for supporting me as well as anyone who has contributed to my Patreon. To be honest, this series is actually quite unpopular (most posts have around 100 views so far) but I’m glad that it is referenced by various people on social media and elsewhere. I can’t do this series without you folks. Also, to kViN for providing me the idea of writing this series and being a good gay friend.

Thank you for following this series and I hope you will read my posts on this blog and elsewhere in the future!