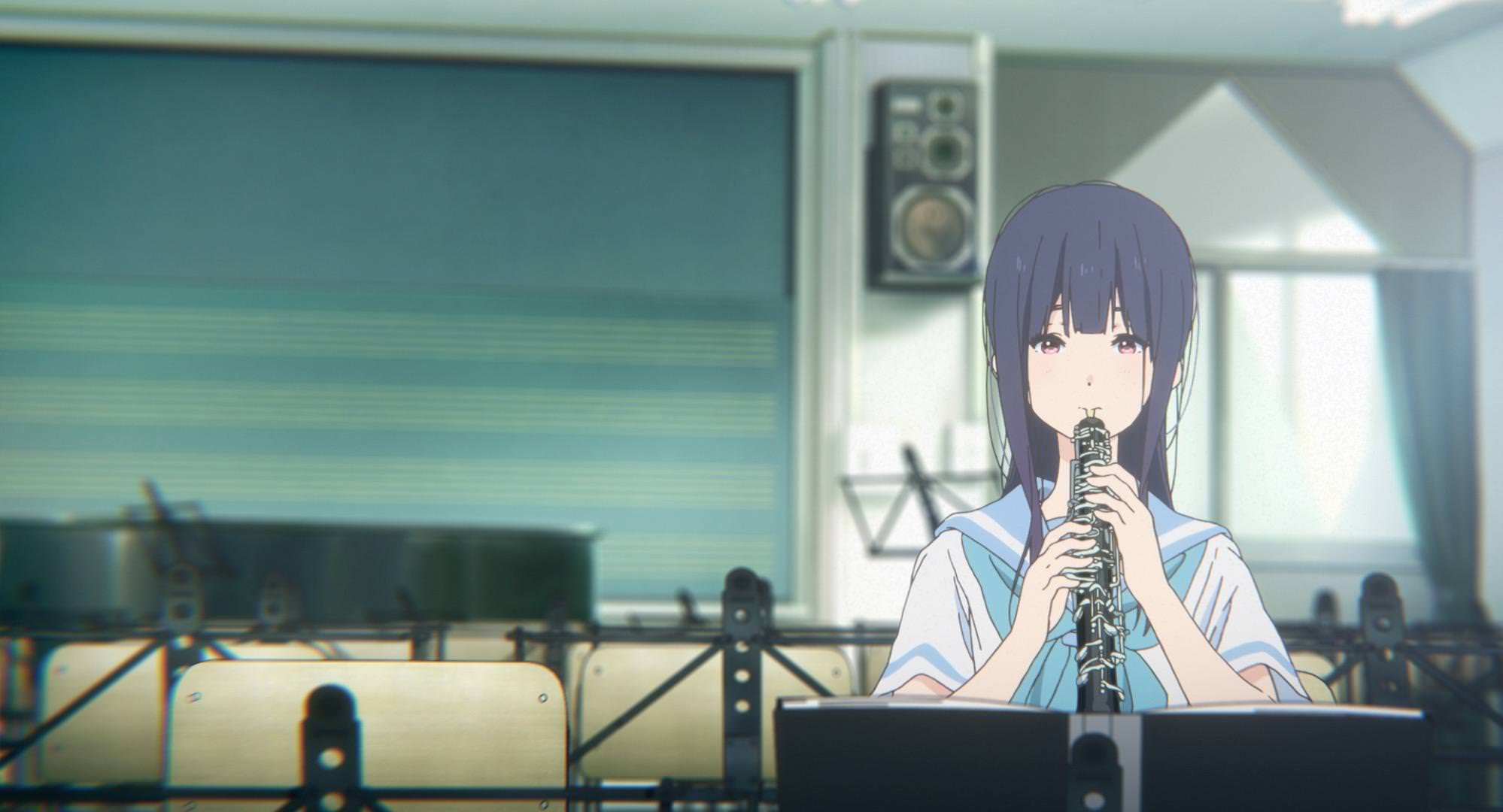 Most of us will live normal everyday lives. We’re not going to have stories worth writing about because there’s frankly nothing exciting about our lives and we aren’t seeking adventures anyway.

So it is easier to meld into the background and be one of the many forgotten minor characters who will appear for one or two scenes. If someone dares write a story about us, it would be the most boring novel of all time.

And that is what Liz and the Blue Bird (リズと青い鳥 or Liz to Aoi Tori) is about. It is a spinoff film about two minor characters who never got much of a spotlight in the show and their comparatively minor struggles in life. It is dull and unexciting. No one is going to watch this film without suppressing a yawn.

But it is also a beautiful film about two very unremarkable characters and their little struggles in life. There is nothing grand or dramatic about the romance. Yet, there is something special in its approach that makes it feel more down-to-earth and real to me.

It is the kind of film that reminds me why I love Japanese media.

Mizore likes to keep everything to herself and her oboe. No one can really talk to her except Nozomi. Mizore sees the relationship as something deeper though: She depends on Nozomi. Without Nozomi, she would not have played the oboe and find a place in the world.

Her world was shaken however when Nozomi left the wind instruments club for a brief period. Nozomi eventually returned, but Mizore never recovered from the shock. All she can feel is a swelling of emotions — confusion, discord, passion — as she sees Nozomi walk away from her future. She loves Nozomi, even if she knows Nozomi can hurt her. A world without Nozomi is a world not worth living. But she can’t express it and she thus puts the two of them in a quagmire. Mizore can only stroke her hair to elicit some emotional response out of Nozomi who remains cold to her.

Only a song composed and inspired from picture book Liz und ein blauer Vogel remains as their sole medium of communication. Mizore learns that the picture book is a favorite of Nozomi’s and tries to understand the fairy tale and maybe Nozomi herself.

Liz, a lonely woman, meets a blue-haired girl who resembles a blue bird she once fed bread to. They have fun together and Liz begins to stop feeling glum and start feeling elated and joyful for the first time in her life.

But Mizore is unable to empathize with the characters at the end of the book. She doesn’t understand why Liz has to let go of the blue bird in the end, even though Liz needs her. 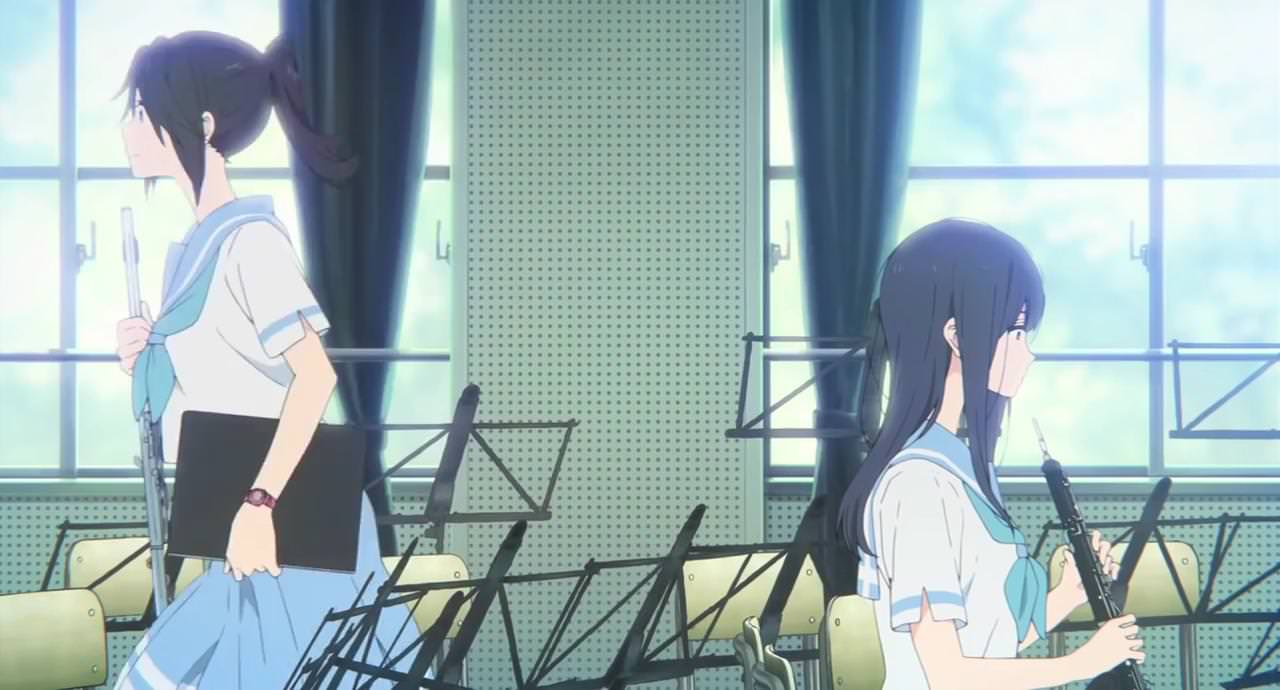 It’s difficult to talk about the appeal of Liz and the Blue Bird to many people when the two main characters are as charismatic as statues and they come from one of the weakest arcs in the whole Euphonium franchise. The film also doesn’t play by the “rules” found in Hollywood filmmaking either: there isn’t much dialog and it lets uninteresting scenes play out without cracking a joke for the most part.

In theory, it shouldn’t be a film that could be good by most people’s standards. If the film does cross over the Sea of Japan, many people will probably think it’s quite a disappointment from the director Yamada Naoko who gave us Tamako Love Story — a film that used its romance story as a medium to explore coming-of-age stories — and Koe no Katachi — a spectacular visual feast that plays with the expectations found in the romance genre to tell a story bigger than life itself. Liz and the Blue Bird is underwhelming and doesn’t reach the highs of either film.

Yet, there is something to its quietness that transcends the usual “rules” found in visual storytelling; it follows its own “rules” Mizore has placed in her little world. Mizore is not Kumiko, Tamako, or Shouya since she lacks the personality to remotely be anything like a typical protagonist. So she talks through gestures and silence. She brings out more nuance and sentimentality than any normal, proactive protagonist would ever uncover.

Her “silent” narration adds atmosphere into scenes already rich with ambience and tension between Nozomi and her. She makes us aware of how empty the large space is. Mizore has nothing to say in many scenes, but her presence — awkward as she may be as a person — is felt and you want to root for her.

Because she is every one of us ordinary people who wants to make their voice heard.

I like Japanese media not for its flashy sakuga sequences and eccentric big ideas but for its attention to life. While I do enjoy consuming speculative fiction, I prefer reading works grounded in reality. These works remind us that it’s okay to let grand ambitions and historical events fall into the background; we are living in the present, not the future or the past. Anything dealing with the present will obviously become realer and tactile to us.

But when a film like Liz and the Blue Bird comes out, I am often shocked by how much is missing in my conception of reality in fiction.

It is quiet and empty. It resonates with me more than it should. It is a film that’s less of an actual film about fictional characters and more like a documentary of real high school girls awkwardly in love with each other.

It isn’t a film for everybody. Much like the quietist and solipsistic sensibilities found in some Japanese literature, Liz and the Blue Bird is at times unapproachable and inaccessible to a general global public. It wanders about and focuses on seemingly unimportant interactions and events like a disjointed narrative. The ebb and flow of the film thanks to Mizore being utterly passive doesn’t help. But once you stay with it, you will realize each frame is seeped with an emotional prowess waiting to burst open inside Mizore and the viewer.

That’s the catharsis I am always looking for in Japanese media. No spectacle, no weeping. Only a sigh of relief that escapes from you and maybe a little teardrop or so. It is a moment of bliss that reminds us our mundane perception of reality is worth living in. Once that moment ends, it is easy to forget that moment has ever happened. It never desires to leave a bigger impression on people because it sees itself as a normal film. It is an everyday film that embraces its transient nature. It is the soul of what I love in Japanese media encapsulated in a beautiful film about two average girls struggling to love each other.

Such a film can only be described as unpopular and forgettable. 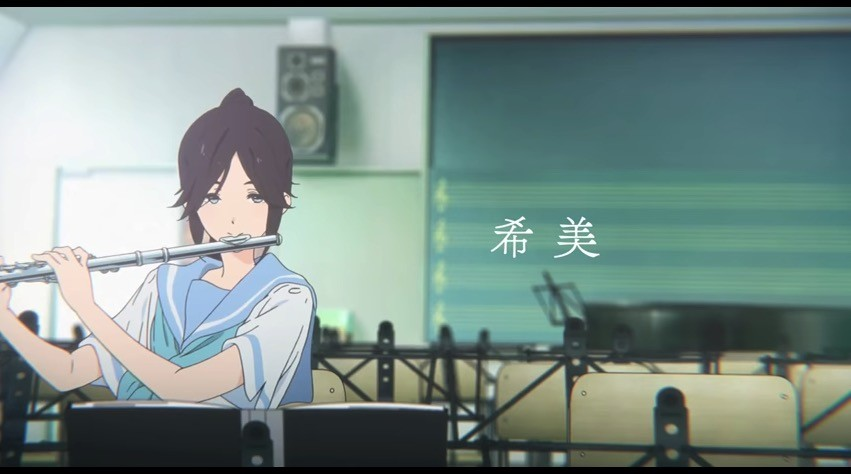 Such a film can only be described as a minor masterpiece.

16 thoughts on “Liz and the Blue Bird: A Minor Masterpiece”