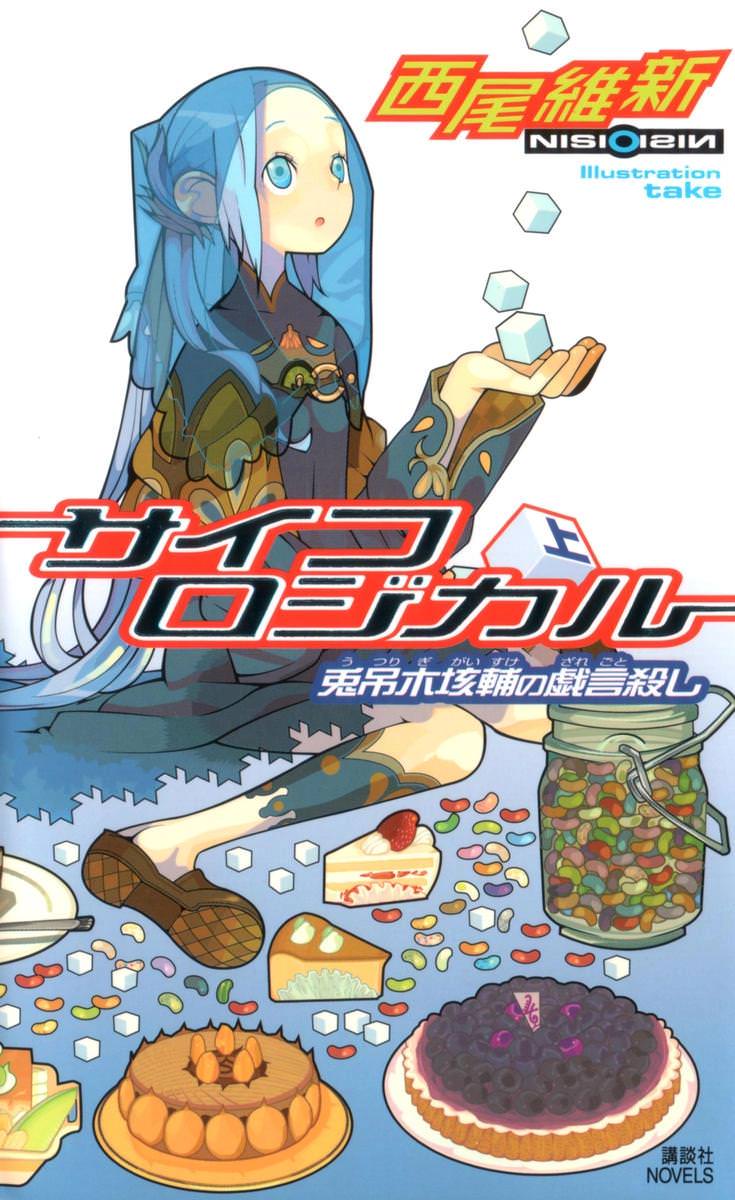 A man defines himself by his make-believe as well as by his sincere impulses.
Albert Camus

Chance is a curse on our lives. We are logical beings who prefer causality and seek connections in correlations. If luck enters the fray, we are lost and perceive our predictive tools as nothing but a sham.

That was how everyone felt during the Great Recession of 2008. People found out there were more charlatans than economists on site and the bailouts that followed to protect these people became crimes of conscience. 2008 was a psychological blow to anyone who believed in the rational forces of people and we are still feeling the consequences today. The power of foresight lets us marvel at books like Nassim Nicholas Taleb’s The Black Swan as masterpieces, but they don’t cure us of the disease of a pessimistic future.

It is why we turn into fiction for an escape. They are logically constructed narratives that are ordered by the creator and these works provide us a semblance of peace and order. Even in the chaos and violence of war and crime, we need not fret for they too make some logical sense in the fictional worlds.

Even in the realm of serious nonfiction and academic disciplines like history, we look for narratives and trends to inquire into the causes of the world. In his lectures on What is History?, E.H. Carr disputes the randomness in historical events. He points out that the historian selects various facts and puts them into a theory that works for them — “a corpus of ascertained facts”:

The facts are available to the historian in documents, inscriptions and so on, like fish on the fishmonger’s slab. The historian collects them, takes them home, and cooks and serves them in whatever style appeals to him.

Chance has no place in the progressive stance of Carr-styled historians who seek to qualify “history” as “the long struggle of man, by exercise of his reason, to understand his environment and to act upon it.” God or the inexplicable forces of “History with a capital H” are merely examples of intellectual laziness. Reason lets us find the narratives we desire.

But for us non-historians and nonfictional human beings, we do see chance in the world. We don’t have the foresight of history. We may lose in a game of cards with friends, get a critical hit against a tough RPG boss, or even find our plane delayed when we reach the airport. There are multiple reasons programmed into this and we may be able to calculate the probabilities of each event happening if we elect to, but for our simple purposes in life we call these “bad luck”.

In fiction, we need these examples of bad luck or chance to be explained. In real life, that’s not always possible as was the case in 2008. Today, we knew better and could offer a prognosis through history; on that year, nothing made sense and we all panicked.

That panic is something we rarely see in mysteries. An unsolvable puzzle isn’t really a puzzle. Psychological, which consists of two books 兎吊木垓輔の戯言殺し and  曳かれ者の小唄, is the real life panic contextualized in the realm of mysteries. It is a book about chance, coincidences, and calumnies. It is a personal hell that doesn’t make much sense until the very end and even then there are questions to be had about its direction. It is a book that shows the logical of the present to be an untenable conclusion of the future.

It is a psychological attack on our status as rational beings who read these mysteries.

For the first time in the series, we get to meet a member of Tomo’s ex-team of cyberterrorists. Utsurigi Gaisuke (兎吊木垓輔) has a cool demeanor which fits his position as the second-in-command of the team. Unfortunately, he is held up in Shadou Kyouichirou’s research institute set in the mountains of Aichi Prefecture.

Ii-chan is curious about Tomo’s activities during the two years he was in Houston. What was she like during that time? Someone like Utsurigi would know. That seems to be his primary motivation besides taking care of Tomo for the trip.

Thus, he, Tomo, and Suzunashi Neon (their chaperone and friend of a neighbor) have to trek up these mountains in order to reach this prison of geniuses in the middle of Japan. There, they get to meet Utsurigi’s “colleagues” for lack of a better word: Oogaki Shito (大垣志人) and Kagusai Kagusa (春日井春日) to name a few. The boss of this establishment, Shadou Kyouichirou, is aptly called the “Mad Demon”. He seems to have something up his sleeve when it comes to holding Utsurigi up because his genius has gone down the drain and there shouldn’t be any reason for Utsurigi to stay locked. When Ii-chan finally meets Utsurigi, they start asking each other questions. Ii-chan asks why Utsurigi is held up; Utsurigi asks Ii-chan if he had sex with Tomo. 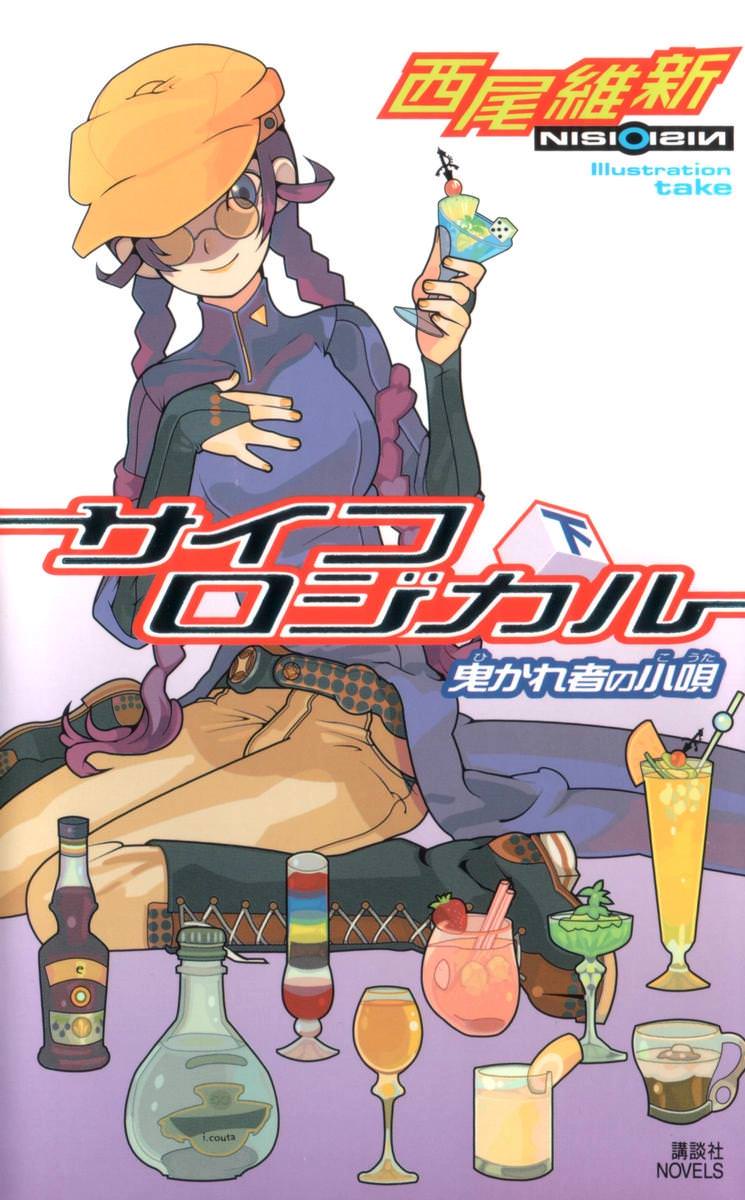 Utsurigi is of course onto something here. This book may be a homage to the shinhonkaku mystery book すべてがFになる – THE PERFECT INSIDER – by Mori Hiroshi (the premise of meeting an imprisoned mad scientist in an enclave that is impossible to reach is similar, and the prefecture the institute is in is a direct reference to the S&M series, according to Zaregoto Dictional), but it isn’t just following the patterns for nothing. What is the relationship between Ii-chan and Tomo? We still don’t know. The first line of the book asks Ii-chan if he actually hates Tomo (supposedly Nisio wrote that as the first line and went on a whim from there) and it becomes integral to what Ii-chan is planning to do in the rest of the book.

This complicated relationship is the psychological drive for Ii-chan to solve the impeding mystery to come. He doesn’t have any attachment to his life except from Tomo. We could say he is a knight for her cause. But that simplifies the picture too much: he has no choice but to crusade for her even if he doesn’t want to. It is a tug-of-war kind of relationship. I can’t really put it into words; it goes beyond any logical expression because I frankly don’t know much about it. The glimpses I have gotten of causes in future books do not adequately create a seamless narrative for us to follow. Instead, we only have the psychological impression — a superficial understanding — of the bond between the two.

It is this vacillation between love and hatred that characterizes the narration of the whole series: it is emotional from someone who has killed off his emotions; it is insightful without the standard of objectivity; it is psychological deprived of the logical. This book, with its strange strengths and weird flaws, epitomizes the beauty of Ii-chan’s narration and Nisio’s prose.

Ii-chan can’t narrate properly for the love of God, but he is our narrator. He digresses in inappropriate locations, but he also tears off the veneer of his role and make the readers feel his emotions that just can’t be expressed into words. Moments in the book actually deserve the abused adjective of “unique”. It is impossible to not feel something in the final pages of the book. Nisioisin seems like he is able to catch what is often outside the boundaries of language and transform it into words spoken by Ii-chan.

And that is the greatest strength of the whole series. Ii-chan’s narration is utterly raw: it breaks the rules and gives us something bafflingly stirring that we will never be able to find in other works. We cannot see his face nor his wounds, but we can feel his groans and anger with no direct explanation whatsoever. Only the feeling — the psychological — matters. The logical is left in the dust.

This “logic” can be extended to how Psychological treats the mystery genre, as its meta elements reveal how shallow our logical conceptions of it are. Its untranslatable title gives us our first example: サイコロジカル (Saikorojikaru). サイコロ (saikoro) is the Japanese word for dice. Dice as the medium of psychosis. The logic of the dice. Chance. The institute is shaped like a cube. Like a dice. Claustrophobic. No causality, no logic in sight.

Mysteries are never logical when we read it. They are psychological from the moment we encounter a red herring. Misdirections written by detective mystery writers are the same misdirections played upon us by adept magicians. Illusions, the bread and butter of mysteries, can only come about from the psychological and not the logical. It is our mistake to conclude that a mystery is logical because if that was true, we wouldn’t be reading it and subsumed by its magic — we would flip to the last page and find out who killed Roger Ackroyd. Until we get a perspective on the case (and that will always come in the end), everything seems like a matter of chance to us.

It only appears to us as logical after we get the explanation from the detective. Clues, facts, and witness accounts create a seamless narrative the same way E.H. Carr’s ideal historian would: by eliminating the red herrings and lies do we find causal connections to the story at hand. Solved mysteries become something like a historical interpretation, but they don’t necessarily get the whole truth at one go. An interpretation could be bullshit for all we know. It is up to us to debate the conclusion.

Otherwise, we remain embedded in the psychological.

The psychological in this sense is an affliction upon our logic. We mistake Cleopatra’s nose as the reason Rome went to war the same way we can accept the wrong conclusions in a mystery. These faulty explanations don’t get us close to the truth and we will unsurprisingly feel shocked when the actual truth comes out.

But the psychological can in another sense be the wellspring of creativity. Without the causal connections, we are treated to a montage of images and impressions that never create the whole picture but leave us with a mental image of something bigger and more abstract. The least concrete of Ii-chan’s narrations are imbued with a mystical power that make us want more.

The various utterances of psychological in the book show us that we are psychological, not logical. We are irrational beings. Logic is what we acquire after the psychological has passed, after the dice of illogic has rolled, after events have become a historical fact. “Historical facts are, in essence, psychological facts,” writes Marc Bloch in The Historian’s Craft: “Normally, therefore, they find their antecedents in other psychological facts.” History must pass by us in order to write history. Thus, logical. Mysteries do not: we are always in the moment when we read mysteries. Thus, psychological. When characters experience their world in the present, only vague ideas and concepts attack them and their direction seems meaningless. The genre of mystery thus misleads us readers when they tell us that the characters are on the right path regardless. Those fools never had the fortunes of causality on our side. Only later can they connect the dots. And even then, errors could appear. It may be why some of us prefer straightforward stories instead of the conflicting twists and turns in mysteries.

Straightforward stories are logical after all. Mysteries are just psychological.

So the end of mysteries will come about once we recognize it not as a logical game but a psychological exercise. Once we turn ourselves from the sensical, we can embrace the nonsensical and experience the 戯言 as it is.

Continue we shall, need we say more?