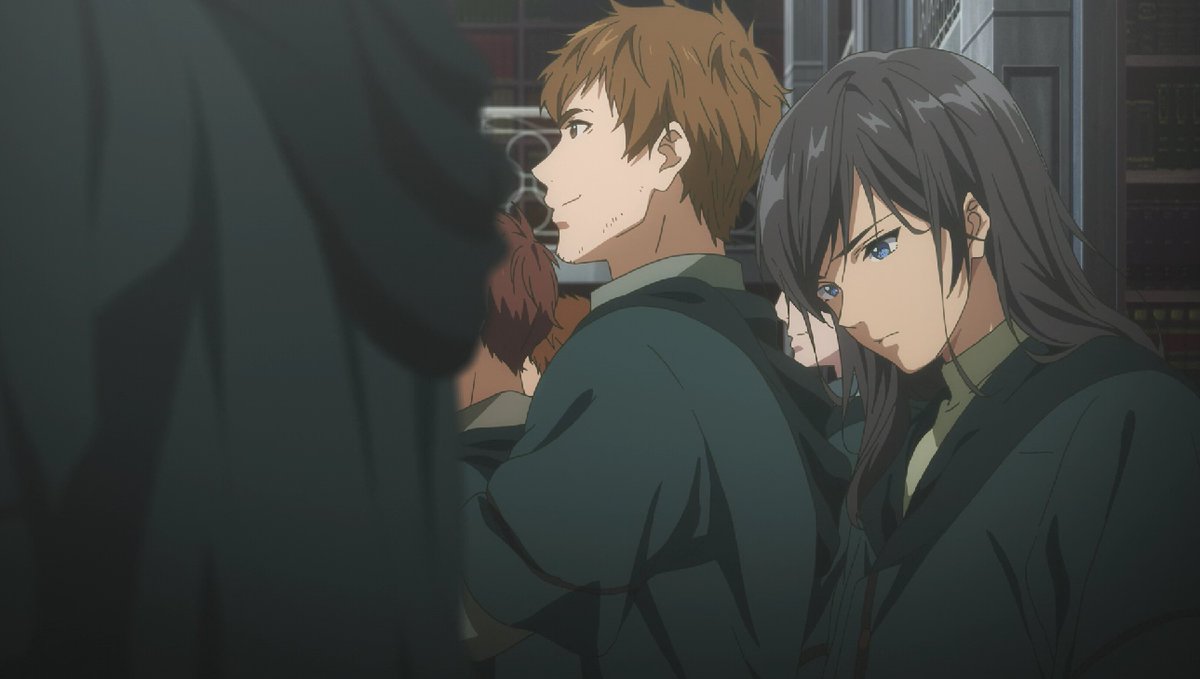 I’ve been busy from this thing called Life, so I won’t be able to catch up to the TV airing so far. But I am still going on pace for writing these posts and others. Let’s dive into the next Evergarden episode.

It’s finally adapting something at last…

This episode is the first legitimate adaptation of the Violet Evergarden novels. Before episode six, the show tends to use random fragments from the novels to flesh out Violet as a character and the world around her. Now, we’re in the novel territories and for better or for worse the content can feel a bit underwhelming.

Episode six adapts the first volume’s fourth chapter. Written in Leon’s point-of-view, the chapter is about how he begins to transcend his irrational hatred of women (it borders on misogyny) when he meets Violet. In the novel, Leon is supposed to partner up with Cattleya (the first ever reference to Cattleya in the novels by the way) but Violet is her replacement. He reads like a Holden Caulfield who has some friends who dote on him and he isn’t sure what to expect with Violet. I actually think he’s an extremely unlikable character and this was the first chapter in Evergarden that I actively disliked.

The anime is a bit different. Violet is already well-known, so she is selected — not Cattleya — to be Leon’s partner. The episode also tones down Leon’s hatred on women and brings out his more likable qualities. He actually feels more like a tsundere as a result. His narration comes from the inner narration in the novels and the dialog between Violet and Leon when they see the aurora is exactly the same. It’s a really good scene adapted well. The reunion with Lucuria, the anime original character from episode three, also reminds the viewers how much of the world we haven’t seen is there. She seems more experienced and has accumulated a fair share of stories. I wouldn’t be surprised if she gets more screentime in the new volume coming out soon.

Except the pacing is kinda weird…

If you are sensitive to pacing, you might feel that the episode has rushed through a lot of plot and setting. You never really get a good grasp of this strange observatory setting and it is a bit more difficult to imagine the architecture and space in this episode compared to others. That’s mostly because the anime episode condensed a pretty chunky chapter.

I personally think of the episode as missing the middle of the chapter. It might have been necessary to cut that because length is a big problem in adaptations. The director and the series composer might be tempted to cut out what they believe are “extraneous” to the actual plot and try to stitch the remaining parts back and shove it into the 24 minute anime episode format. That’s probably what has happened.

In the novels, you get to know more about Leon’s perspective on the world and the books he’s learning. He’s sort of like a monk from the Middle Ages, studying classics and shit; his reluctance to Violet comes from WOMEN entering his domain and technology invading into the study of the classics. This chapter serves in the novels as a way to ground the readers into a world, particularly the religion in the world. Not much of it is referenced again however and you sort of wonder why this chapter even exists.

To cut or not to cut: that is the question

Compared to how KyoAni deliberately build Evergarden‘s world as slowly as possible, Akatsuki Kana is the kind of writer who prefers to smash different settings into one. There’s plenty of writers who can do that well — Kawakami of Horizon is the best example — but they reference back to these settings and build upon them even more. Akatsuki doesn’t.

That’s the biggest problem of Evergarden as a novel. There’s a lot of random details that are unnecessary and don’t add to the world. I can sympathize why this episode’s adaptation cuts out a lot of the middle ground here and instead focus on the characters.

Worldbuilding after all isn’t why people would watch Evergarden. If anything, the less blatant the worldbuilding, the better it is for the anime adaptation. Just showing Leon holding a baguette adds wonders to the cultures found in the work.

That said, this episode isn’t as smoothly paced as one could hope. Even with the best intentions, this episode is kinda weak in my opinion. I’m also kinda surprised the epilogue to this chapter isn’t adapted too.

There’s a scene where Leon tells Violet they’re going to meet again someday. Years later, they do meet again and Leon grows a lot in these two pages. I remember that small scene adding a lot of mystery and wonder to Violet as a character.

But Violet in the anime isn’t that mysterious. We know what’s up with her. She was in the military (something the novels never revealed until the next chapter after this — the fifth chapter) and she learned how to live from other people. It wouldn’t make sense to adapt that scene fully.

I guess I’d be interested in a version of that in the anime though. It’s one of the few scenes I liked from that chapter.