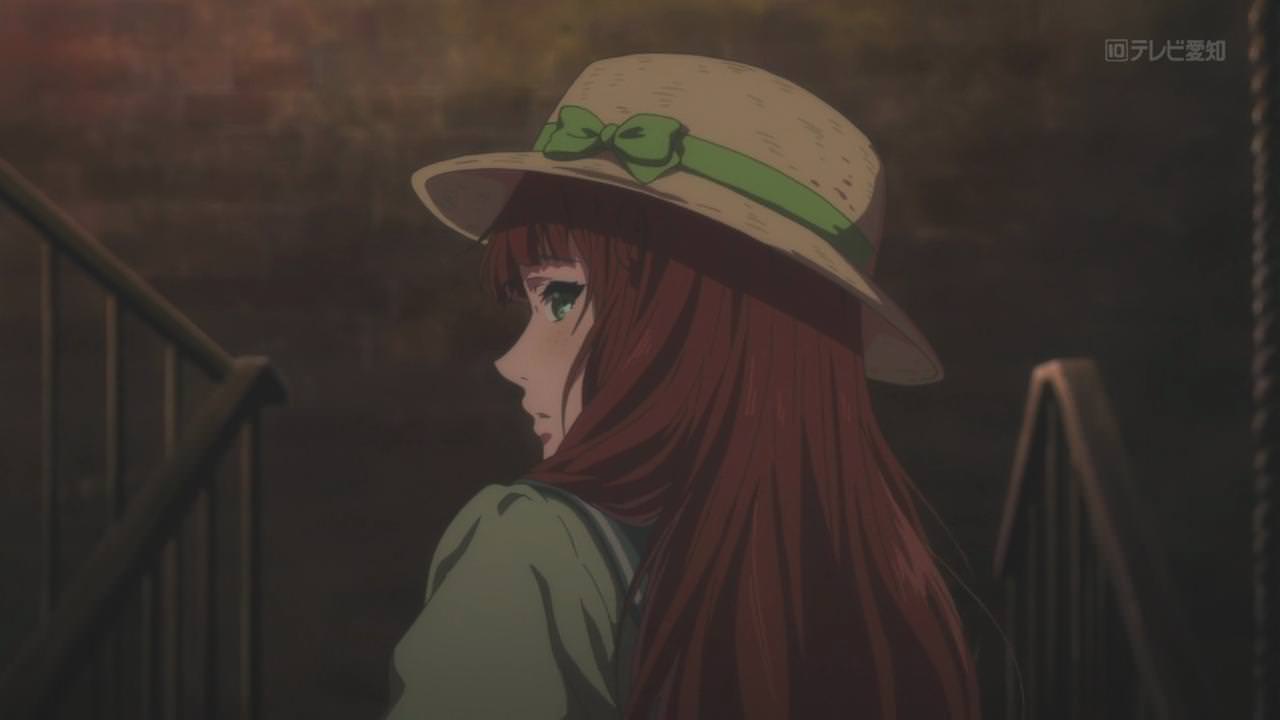 Another episode of Adaptation Notes and another post on the little KyoAni show known as Violet Evergarden. As usual, I’m always welcome to feedback and comments on the posts.

It’s another anime original episode, which means I don’t have much to say again about the content. However, this episode is particularly interesting because it has the “feel” and “atmosphere” of the novels unlike the previous episodes.

Lucuria is the protagonist of the week pushing Violet to do things and feel emotions. She is an adorable character who seems to have stepped out from the books’ many protagonists backing up the titular character — except she is anime original. Her brother is also anime original and so is the school too.

This is cool because this episode is a neat introduction to the whole vocation of Auto Memory Dolls and the war that Violet and Lucuria’s brother engaged in. You get to see other Auto Memory Dolls do their typing and understand what they are supposed to do explicitly thanks to the Victorian-inspired cram school setting. There’s also the whole “what should soldiers do after the war” theme going on with Lucuria’s brother; he feels responsible for the death of his parents and self-deprecates himself through various scenes of him drinking and being garbage lazy.

The setting is far more fleshed out than the novels as a result and you do have reasons to invest with the work even more: characters are living through these experiences and you as a viewer can share with them because you understand where they are literally coming from. In the novels, the settings are so unfinished that some chapters don’t feel realized.

The novels have to rely on the charisma of a matured Violet. The anime can’t do that; it needs other aspects because it’s a visual medium.

But what about the novels?

Which brings me to the next point in the adaptation discourse.

A constant worry I find lurking in MyAnimeList and Reddit threads is how KyoAni seems to be ignoring the novel in favor of “filler”, “non-canon” episodes with “new side characters”. These complaints come from people who have read the fan translation and they would have preferred to see a straight adaptation of the 13 chapters from the book. As the anime is 14 episodes long, they would’ve been okay if the show had one anime original episode. Concerns are however high now because that’s three anime original episodes already and it’s going to be very obvious that the staff will not be adapting all of the material found in the book.

I don’t think the novels are particularly great anyway and the structure doesn’t lend itself to anime scripts well. Not all adaptations have to follow the source and Violet Evergarden definitely needs these three anime original episodes to ground its watchers to the setting. If the staff thinks there needs to be more anime original episodes, I’m all for it. The source is extremely flawed and requires humongous amounts of changes to it.

There is nothing in the world and reason to care about anything in the story. Novels have better leeway with this kind of stuff because we can engage with the work in our own personal ways; however, an audiovisual medium is far more concrete and cannot rely on abstractions. If adapted straight, most people won’t ever care about the titular character or the world she’s in.

The little world of Leiden

So it makes sense for the anime to focus on the little hero’s journey Violet takes in the little world of Leiden. Much like Violet, we don’t really know about the world. We need characters (the protagonists of the week) to guide Violet and us through this mysterious Victorian-inspired world.

Lucuria showing Violet the panoramic view of the city from the clock tower is an obvious example. It is a gorgeous scene that seeps into Violet’s cold heart. Violet is learning what an Auto Memory Doll is all about as well as what love means. We too begin to get a better understanding of this post-war Leiden through food and fashion. The little details in how townspeople behaved show a character to the city and it is so understated and natural that we see it as normal and not as a work of artifice.

In the end, Violet wants to understand what is so beautiful about love and letter-writing. That’s her story. In order to comprehend what her story is about, we have to see what is beautiful in the world she is in. If the staff has to create even more anime original episodes about new side characters like Lucuria and settings like the school setting — the so-called “filler” episodes — to make the show work, then they know what and why they are adapting.

They are adapting a story about someone wanting to love because they know what it is like to love something. It is pretty clear the staff is passionate about the Violet Evergarden novels and that’s why they want to make it better. It’s the same with Hibike! Euphonium; they add anime original content because they understand the risks and payoffs in their decisions.

That said, the ending is horrifyingly cheesy. Violet passed her exam because she ghostwrote a letter to Lucuria’s brother about how Lucuria appreciated her living. That is so from the novels.

In a way, that may be the biggest indicator of the KyoAni staff’s love for the novels. They just love the cheesiness and sentimentality of the books that they can replicate it in the anime. I find that commendable, even if … I’m quite allergic to that kind of cheese.

Last week, I learned a lot from reading Sakuga Blog’s Violet Evergarden production notes and Emily Rand’s “The Written Word and More Victorian Era Trappings in Violet Evergarden” is a wonderful read. Looking forward to more posts about Evergarden and linking them soon!