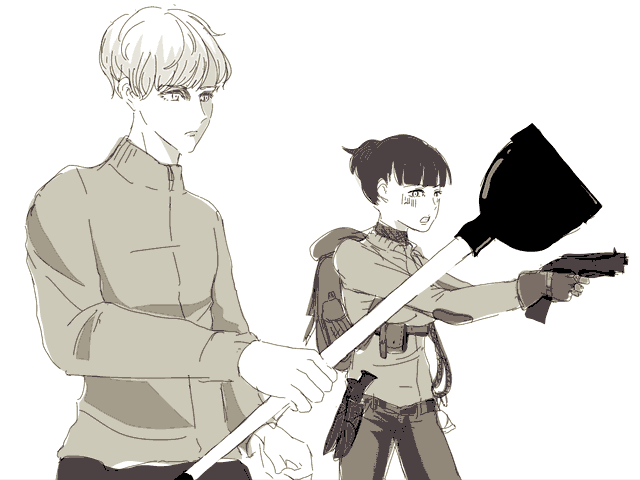 Disclaimer: While writing the article, I got into contact with the developer who asked me if I can help them rewrite some of the English machine translations in the script for an upcoming version of the game. You can find pictures of the original translation, which actually comes from Google Translate, in this article. I have received no compensation for this except a cute image and this has no impact in the writing. It has always been my intention to write about this game regardless of me helping out and receiving an admittedly very cute image.

Time is our gambling partner on the other side of the table and it holds all the cards of the deck in its hand.
Jose Saramago, Blindness

Schunli (シュンリ) had bet everything he had on the hibernation chambers. Humanity had been plagued by nuclear wars while nuclear powered satellites began crashing into Earth. The world was doomed, but Schunli believed there was still a chance for humanity to live. With his scientist half-brother Camille (カミル), he began experimenting with cryogenic sleep to wait out for the pollution to cease. It’s all up to a coin toss to decide the world’s fate.

His fiance, Min (ミン), who has been with him since their days at the orphanage wanted to support him but — 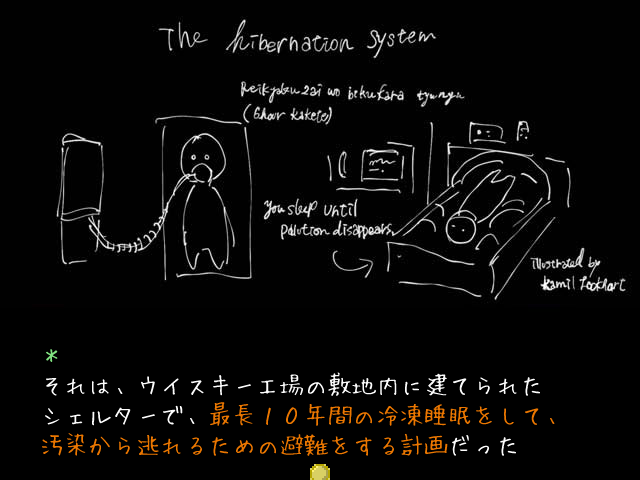 150 years later into the future, Schunli wakes up from cryogenic sleep by a demihuman named Mio (ミオ). He and Dana (ダナ) are the first people to wake up in this new post-apocalyptic world. They are under the care of Yaaru (ヤール), Mio’s father, who is in charge of waking up the previous generation of human beings in the Tetrue Whiskey Factory.

The nuclear fallout still persists and animals have mutated tremendously. Current generations of humans have descended into a bug-eating civilization. Their poor eyesight and sense of taste are not their hugest problems; they don’t live long anymore and humanity is on the verge of getting wiped out.

Schunli wonders why he is alive in a world that is in worse shape than before. And why Min isn’t alive with him. He seems to be suffering from a sort of amnesia that appears whenever people wake up from cryogenic sleep, but he is also repressing some traumatic memories. His past weighs him down as he tries to adapt to his new life. 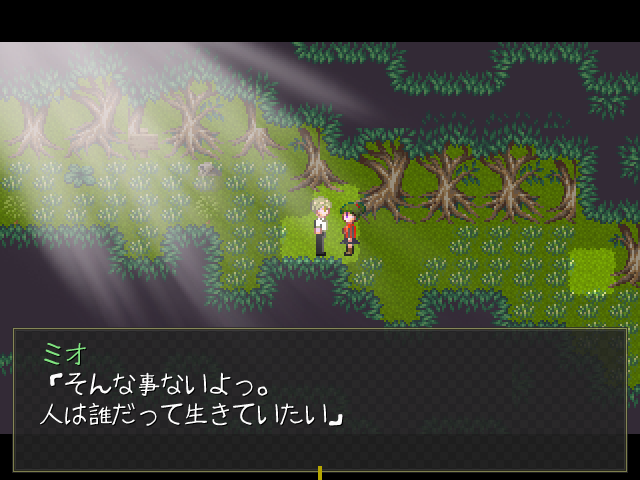 The mystery of Schunli is tantalizing to Mio who is beginning to fall in love with him. His golden hair reminds her of the rays of sunshine and she has always taken care of him since she was tasked to take care of him in the hibernation chamber ten years ago.

Yet, Schunli is beginning to see Mio not as Mio but as Min. His trauma never falters and that may be his curse: to repeat the sins he has committed without any remorse…

For now, he needs to concentrate on recovering. Schunli is going to help out with the menial tasks of foraging. It’s the only thing he can do. Plus it is quite relaxing to finally be out in the open and not in bed forever. The world out there is green and, though he may see instances of the coming demise, beautiful. It is best to appreciate the scenery while it lasts. 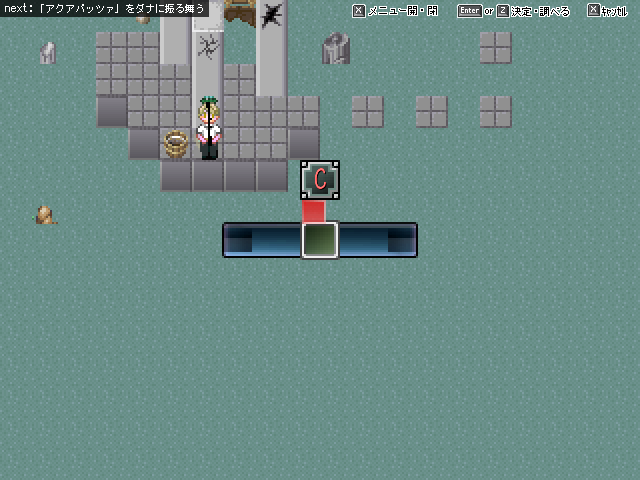 With that heavy setting and moody atmosphere, a title like Suppon Quest (すっぽんクエスト, literally Plunger Quest) would make anyone scratch their head and ask, “Why this title?” Indeed, a reviewer for the 10th Wolf RPG Editor Contest complained that the title made it too easy to ignore the game when there are more appealing games in the contest. While it has placed fourth in the contest — an achievement for a debut creator — it’s possible it could be higher if people knew what to expect from the title.

It isn’t difficult to come up with another title too. Its subtitle, 人類最後の失恋劇 (Humanity’s Final Break-up Drama), conjures up the image of a hard science fiction story that dives into themes of romance and could have been a better title. 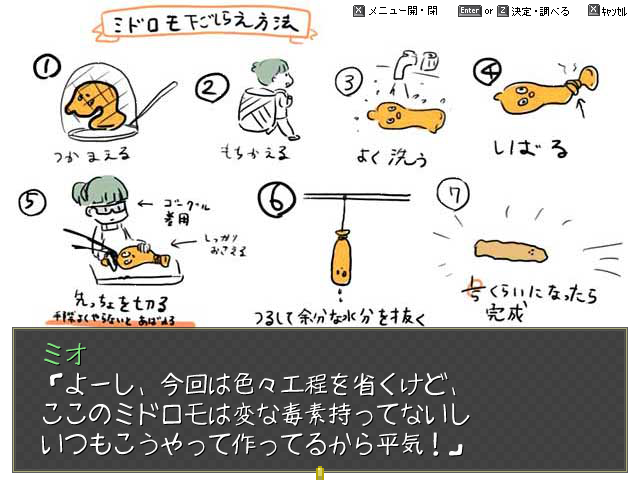 But the title, I find, is actually quite representative of what the game has to say. The more you get into the game, the more it reveals the sense of humor it has: raunchy, absurdist, and even a tad romantic.

We can see this with how the game went all-in with its post-apocalyptic setting. With a trusty plunger, Schunli goes around the forest to capture bugs with some QTE magic. Later, he can read a whole recipe book of foods with Mio and he can explore the culinary taste of the present generation humans. 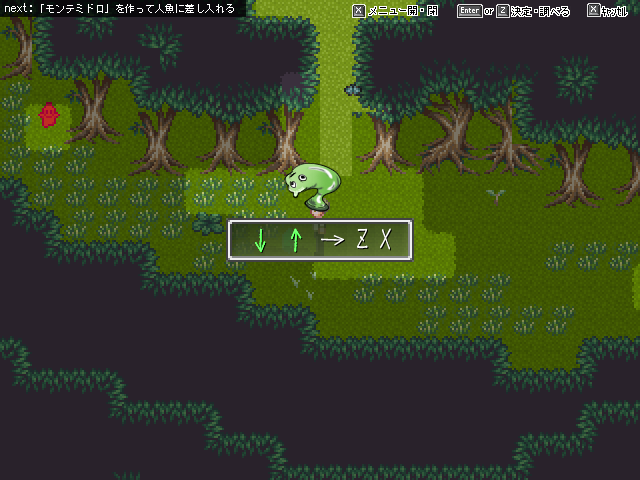 Not that he would enjoy eating these bugs and he’d much prefer chocolate bars, but it’s in the right step for his rehabilitation.

The game does dive deep into its absurdism however: Schunli has to deal with mermaids who want to be a bit hospitable (おもてなし) with him, mutated chickens called hell cocks (the game officially calls them “hell chicks”, but I personally refer them as “hell cocks” because it’s actually called ヘルコッコ), and more. 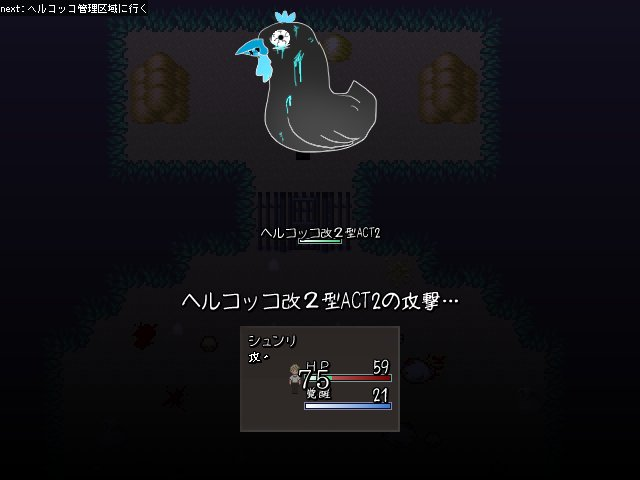 So in this brave new world, Schunli gets to be reborn. Working alongside Shiki (シキ), a perverted researcher who is thirsty for him and thinks she can pee in a urinal if she does it like a dog, and Mio who watches out for him, he feels like he is changing from his older stranger self. The brave new world he now resides in is peculiar, but he can get used to it.

It seems someone like him can change and turn over a new leaf. Let bygones be bygones. If he can accept this, he can be a happy man. The future wasn’t the utopia he dreamed of, but at least he could live comfortably at the end of the world. 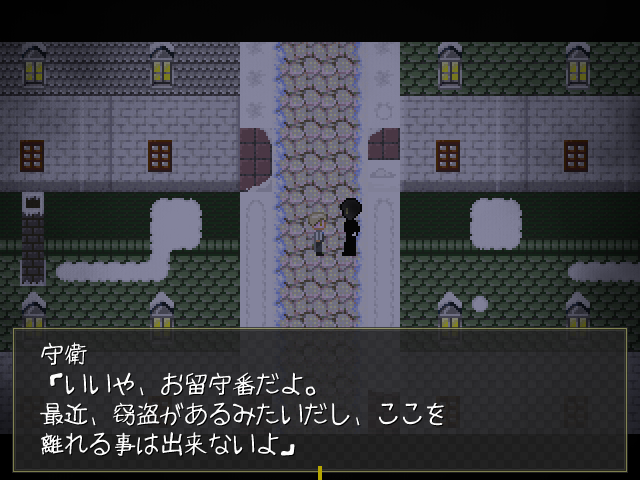 But it is not meant to be. Even though the humor remains consistently outrageous (it mocks the player for doing an optional grindy section for random cutscenes and thus ruining the pacing of the game), it is meant to serve as a counterbalance on what is to come. The more Schunli learn about how unsalvagable the setting is, the more foreboding the game’s plentiful foreshadowings become.

From beginning to end, the game leads you in with clues about the past and the oncoming future. It is a tightly structured game that never lets up the tension; each scene tells a lot about the motivations of the characters in the past and the present. Schunli still retains a bit of his older self and his present actions become tinged with remorse, even guilt. 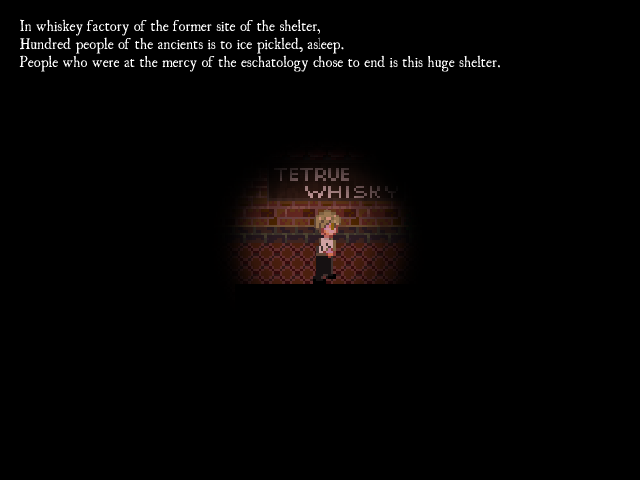 He still wants to gamble. Schunli still remembers Min. Hallucinations assault him as he can’t see the difference between the present and the past.

This is where the game amps up the production values. Lighting and film filters play with Schunli’s (and our) perception of time and space. Walking on the varied tilesets creates different sound effects, not unusual for many games but there’s much more detail to this in Suppon Quest. Surreal imagery and dream sequences reveal not just the characters’ motivations, but it can also tell moving short stories. In these sequences, Schunli has to walk through maze-like corridors through abandoned factories and offices, but the environment and the paths reflect his state of mind.

The presentation of the game is so well executed that it makes it impossible to not get invested into the emotional arcs of this game. Empathizing with Schunli in the later parts of the game is inevitable, but it also feels uncomfortable. His madness, his Frankensteinian desire to become the messiah of the world, turns him into a tragic villain. 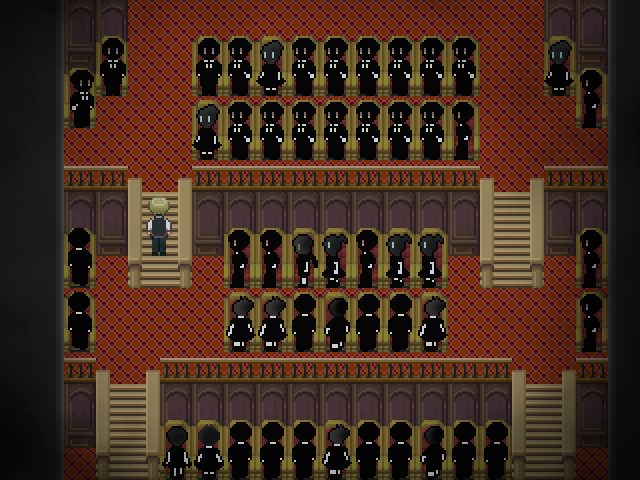 In fact, it is this insanity that gives credence to its themes. Suppon Quest is about the collective and societal madness of our desire for the future. The present — the now — is used and thrown away for a newer and cooler substance like an iPhone.

But what happens if the newest iteration of an iPhone has lesser battery life and no headphones? What if the future is actually inferior to what we have now? What does it mean to gamble everything for this abstract reward we call the future?

Is it actually worth the gamble? 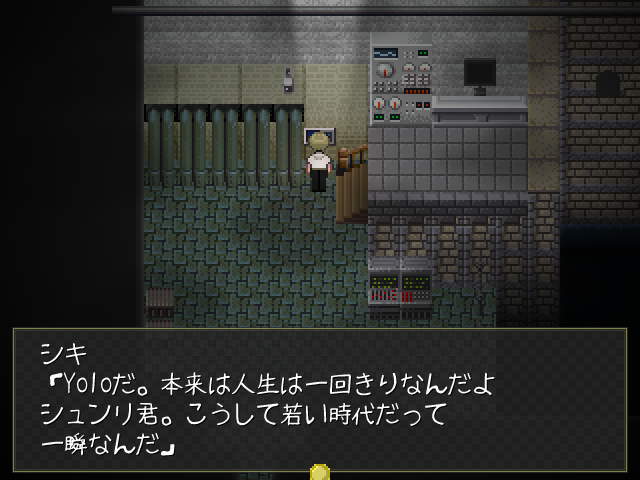 We are only granted one chance to live. We are supposed to seize every moment of the day, not to escape and beg for a better future. But we are paralyzed by the future because we fear missing out on things. We don’t want to be responsible with this god-given chance to live and let our misunderstandings of fate or chance create our destiny instead.

The roll of a dice cannot decide our lives, even if we desperately want it to. At some point, even the gambler’s fallacy stops being a fallacy and can only become a pathetic excuse for the incorrigible.

Looking at the plain, uninteresting present makes us forget we are living in the moment. But in a blink of an eye, that moment passes and we grow old in a future we never asked for. The hopes and dreams have been translated into despair and misery. 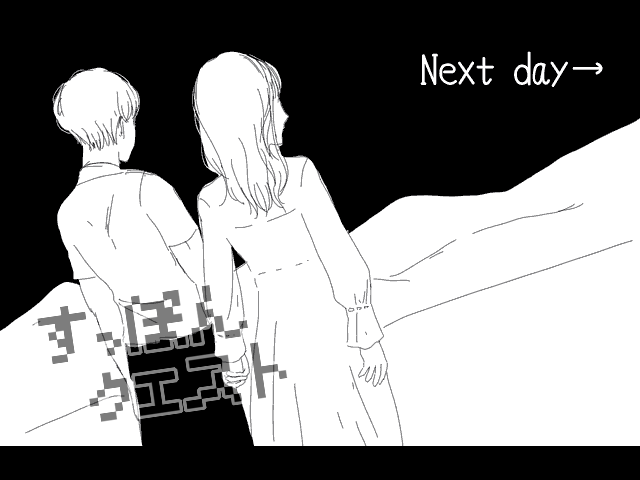 If we lose our humanity, our belief in progress for the sake of progress falls into the realm of delusions. No one can regain that humanity back. We’re just broken individuals who cannot be repaired.

We can’t get another chance at life. Not without another coin toss. And in that case, we still haven’t changed one bit.