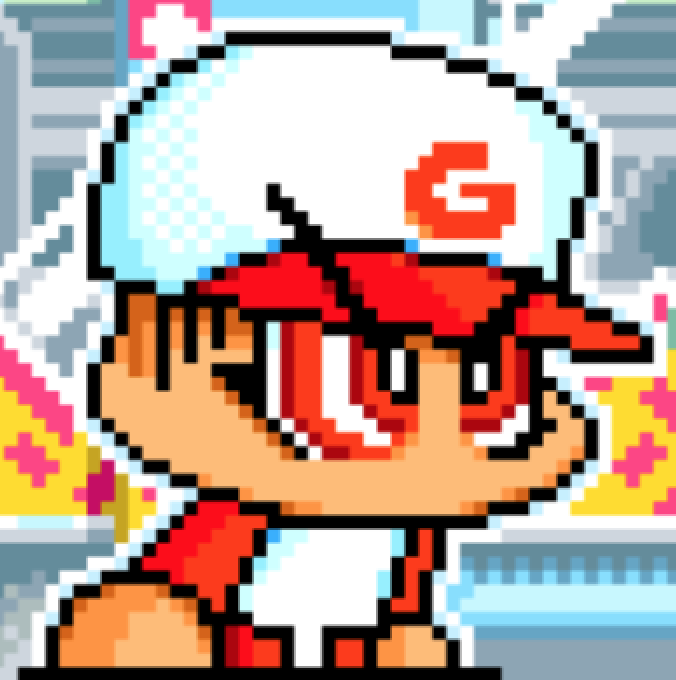 Over the past few weeks, many people have read my article on what I call Ironic Pseudo-Dating Sims. It is one of the most influential articles on the discourse about how journalists and critics should treat visual novels and dating sims. In most typical situations, the writer who finds their articles being talked about should enjoy the limelight they are getting; this much attention isn’t easy to get and it’s fine to bask in the reputation boost a bit.

Unfortunately, I am pretty pissed about how this article is being received and used by writers all over the web. In order to explain why, I am going to talk generally about the articles I have seen that refer to my post and how they miss the fucking point.

The Intent Behind the Rebranding of Colonel Sanders

The answer is simple: KFC wants to look cool to audiences. It is infiltrating a subculture in order to make itself look wacky and young. Colonel Sanders looking like he’s some ikemen is not just some accident. The dating sim concept, Orientalized as it is, is wacky enough to Westerners to make people believe KFC looks human and approachable. This work is the “hello, fellow kids” meme except it actually did attract young audiences to the corporation.

And so, many articles do well at documenting the more blatant elements of advertising in the work. The work embraces the nonsensical premise and likes to mention the various food items in KFC’s menu. However, only pointing these out neglects the more covert strategies used to market the KFC brand. These elements are intentionally blatant because the advertisers know that this is what people will be talking about. If people stop and ask why the writing is so crappy or the UI design looks like garbage, then they may realize that all of the “bad” elements are intentionally added by advertisers to shock people. They are toying with the appeal of camp here. What if KFC is doing a so-bad-it’s-good work intentionally? If that is the case — and it definitely is because that sparks controversy which means more attention to be had — then most critical engagements of the work will fall short. By writing a negative review that merely points out the mechanical flaws of the work, reviewers may be unintentionally reproducing the shlock appeal of the work!

That’s why the rebranding of Colonel Sanders in this ironic pseudo-dating sim is effective. He looks hip because the marketing team knows he can appeal to camp and people who like wacky and bad stuff. The worse the “””dating sim””” looks and reads, the more attention it gets. Bad publicity is still publicity. The Colonel Sanders here is manufactured to attract bad publicity and defuse it as something funny and silly. In fact, that’s what corporate mascots are supposed to do. Negative reviews can fuel the irony meter for this work and make it even more appealing. There needs to be some reflection on what writers and editors can do in order to properly criticize an advertisement that preys on the weaknesses of video game journalism; else, they become part of the marketing machine without realizing it.

Many articles tend to mention that I am a “critic” who is responding to the KFC shitfest in my post. The post was written a few days before the KFC work was announced and it is in fact responding to another ironic pseudo-dating sim. This now forgotten work I was responding to was a work by some internet comedian whose source of income comes from mocking subcultures and the people in them. I did not imagine that a fast food corporation of all things would dip their toes into this marginalized subculture.

If I was clairvoyant and knew that this article would be used in video game journalism as a “response” to this KFC advertising monstrosity, I would’ve written it differently. The article would indeed be about the “corporatization” of the genre, so I would mention that this was exploitation of a safe space used by marginalized creators. Money and labor, not just “respect”, would become bigger issues. We would be speaking about politics and economics because we aren’t dealing with individuals who have a disproportionate amount of clout; we’re dealing with corporations and this needs to be tied to the histories of labor and capitalism.

The current post I have now does not deal with any of this. Someone should have pointed this omission out weeks ago, but because it is often assumed by everybody that I am actually responding to the KFC work, the discourse has become about abstract qualities. It’s about things like “respecting the history” and other crap like that, which are useless against KFC. In my head, I was noting that this certain ironic pseudo-dating sim made by two people lacked certain attributes that caused it to be devoid of sincerity. A totally new approach needs to be created to dismantle this new corporate beast.

At the moment, this is not possible and the post I wrote has become another heckler adding to the shlock appeal behind KFC’s crap. The fact this work completely ignores the history makes it even more inviting. KFC definitely knows it is inviting controversy from critics, so it expects journalists and critics to make the work even more attractive by piling negativity onto it. Since my article was never intended to be a constructive critique of corporate propaganda — just ironic pseudo-dating sims as a whole — this flaw allowed it to be unintentionally used by many writers to make the work look campier.

Critical commentaries like my post on the phenomena are thus merely deemed to be coming out of “frustration”. It’s a frustration that is sympathized with but then neglected for the bigger marketing stunts out there. Even if employed properly, I don’t think my article and others come from that simple emotion of frustration. Frustration implies a series of irritations and it’s not that at all. We are angry and mad at how a corporation dared to enter the space of marginalized creators and the sympathy we receive has never turned into action.

Apologia and the Such

Not all articles that link my post are sympathetic to dating sim and visual novel fans. I sometimes get ones that are basically apologias: they link my article to present “another side” to show that they have thought things through in their fetishizing of the KFC work. The post is treated as a dissenting opinion that supposedly factors into the writing, but that’s just a formality to look well-thought-out while defending corporate propaganda. I find these articles to be the most offensive of all because they completely ignore my main point.

Usually, they want to present my article as “the other side” before unleashing their love for the corporation. To them, the KFC marketing stunt is what content creation should be: a harmony of marketing and content without the worries of ethics. These advertisements make people laugh and they are supposed to be memes — so what’s the big deal?

It angers me extremely that people stan for corporations that are okay with fucking minorities over. I also find it quite disingenuous that these articles keep linking to my post as if they are offering a nuanced take on advertisements. Shilling corporate propaganda as the ideal content to consume is not a nuanced take no matter how many writers try to sell it. I cannot stop people from linking the article in question, but I can say screw people who say this utter drivel at the expense of so many folks.

Because the blog post I wrote a month ago isn’t responding to KFC’s bullshit, many writers have unintentionally used it as a representative of the “frustration” around how dating sims and visual novels are treated. Others may use it as an apologia to shill their favorite corporate nonsense. Few articles point out the corporate marketing ideologies inherent in the work and in the end KFC gets free publicity from game journalism and content creators.

Thus, the question needs to be asked again: What is to be done?

This depends on who you are. For creators with platforms who wish to engage with the work critically, they need to research and analyze as deeply as possible. They must find ways to dismantle the propaganda and show their audience how this is possible. After that, they need to teach their audience to be vigilant against corporate propaganda. For the everyday audience who wants to do more, they need to demand that their favorite creators change their ways and also promote marginalized visual novels and dating sims. We should all be wary of how corporate propaganda can brainwash us into thinking shit like this is acceptable and this needs to be a team effort.

And as for the article on “ironic pseudo-dating sims” itself, I will now link this post in its opening paragraph. That’s as much as I can do to address the problems that I did not realize would occur while writing the post. If people encounter my article within these apologias, feel free to link this and say something like “stop posting this shit thx”.